Our musical history is vanishing, and one day Vaporwave will too.

The expert engineers at Myspace have just deleted all of the music uploaded to the site between 2003-2015. Whoops, sorry, it was a botched system transfer, won’t happen again.

This is clearly terrible news for the history of music. And while it’s easy to laugh at the absurdity of thousands upon thousands of songs just being ‘deleted’ so casually, the reality is deeply disappointing. This isn’t only about the insult sent to the musicians who have had their artwork purged, but the damage done to the musical history of the internet. It underscores how precarious much of the content posted online really is. And how no one, no content, no website, is safe for posterity. While the sites you visit and the archives you use might seem impervious now, 5 years, 10 years down the line, the music you love could face a similar fate.

First, some history. Myspace might be a punchline now, a byword for internet hubris, but there was a time when it stood bestride the world. While it never reached the planet-swallowing size of its successor Facebook, Myspace defined the internet for a whole generation. Starting in 2003 and growing rapidly, the site was acquired by News Corp. for half a Billion dollars just two years later. In June of 2006 Myspace even surpassed Google as the most popular website on the internet, and at its peak in 2008 was attracting 75.9 Million unique visitors a month. Culturally, back in 2005-2009 having a Myspace page was de rigour for any in-group high schooler. And the ability of each member to decorate their page with avatars, wallpapers and extremely loud auto-playing songs was a real step-up for self-expression at the time. When you consider the alternative was a clunky Angelfire or Piczo website, the social opportunities offered by Myspace were huge. Right place, right time, Myspace was a hit.

Even better, Myspace always had a soft spot for music. One of the main appeals of the website during its heyday was the ability for artists, musicians and internet celebrities to connect directly with their fans. This kind of relationship was previously only possible through forums and IRC channels, but Myspace added a slick sheen to the process that made it truly accessible. Fans were communicating with their idols not as opaque usernames, but as themselves. With a picture of them and a roster of best friends for all to see. In the modern era of screaming Twitter mayhem this might seem quaint, but it was a quantum leap back in 2005. Scroll through the Wikipedia page of some of your favourite bands, especially those popular in the mid-00s, and it would be surprising not to see a reference to Myspace at some point. Maybe a single debut, an album art reveal, a new member joining or even a break up farewell.

Myspace was also at the cutting edge of music streaming, integrating a music player into the site from the very beginning. Before YouTube, before SoundCloud, this widget was the fulcrum of musical creativity on the internet. Musicians could now provide music legitimately and freely to users: teasers, songs, even whole albums. It was on this Myspace player that the vision of building a career, a fanbase, through the internet was formed. And that idea, simple but powerful, permeates every almost genre and artist currently working today. Musical history would simply not be the same without Myspace.

And this is where we close the loop. It was this archive of streamable material which has been unceremoniously deleted from the internet. This cornerstone feature of one of the most popular websites in the world, a name that once went toe-to-toe with Google and won, has been wiped clean.

Think of the websites you visit every day. If you’re into vaporwave I’m going to guess it’s Bandcamp and SoundCloud for new releases, YouTube for an extended library, and maybe Spotify or Apple Music for more established artists. Their pervasiveness means that these platforms can seem unassailable. After all, they hold millions of artists in their collective hands. So imagining music culture without Spotify or Bandcamp is difficult. But it shouldn’t be impossible. Exactly this fate has befallen dozens of previously powerful websites, Myspace, Digg, AOL, Yahoo, YTMND. Speaking of which, does anyone remember when SoundCloud nearly shut down in 2017? History has no favourites, and even the mighty YouTube- which is currently the closest thing we have to a universal archive of media, has no special privileges.

Spare some thought to what happens when these sites start to lose market share or funding, gradually at first, but then eventually collapsing in the face of an encroaching competitor. Maybe in 5-10 years we’re all strapped into Virtual Reality headgear on hot new streaming website VReality.vr. Who cares about YouTube when I can explore the universe in fully-immersive 3d? Users will dwindle, just as they did for Myspace, and one day the sites that seems so vibrant now just don’t matter anymore.

Again, what is at the centre of creativity, passion and fashion right now can be forgotten in a handful of years. The myriad of vaporwave artists who currently fill the pages of Bandcamp and SoundCloud are a vital, constantly morphing force. But if the tides shift, and music changes, they could be as easily forgotten and deleted as the legions of emo-pop Myspace just obliviated. It’s easy to assume stability and continuity when something is fashionable, it’s much harder when it’s not cool anymore.

Is this a good argument for the permanence of physical media? Maybe. After all we still have so much music from the 20th Century because of their hardy storage mediums. But it might be an even better argument for a conscious archive of important vaporwave material. Projects like this are already in effect to be sure, Vapor Memory is a genre institution. But I’m thinking more along the lines of a vaporwave-flavoured Library of Congress, or British Library. A mixture of websites, cloud storage and physical vaults containing all the most important and influential releases of the genre. To be added to regularly as the style develops and more exemplars emerge. Something which is impervious to websites going down, tastes shifting, and serves melting. A bit pompous? Perhaps, but then, Emo was pretty big back in 2007. 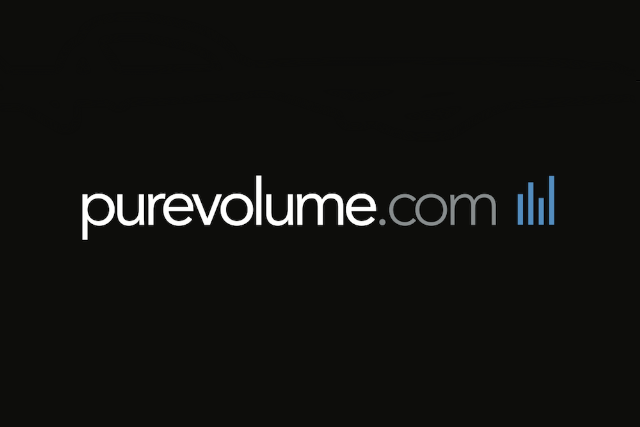 Admittedly, maybe I’m sensitive to this because it happened to me, and a website I used to love, before. You see, back in the day, Myspace had an independently-run competitor called PureVolume. However, unlike Myspace (which still exists in a boring corporate shadow of its former self) PureVolume has been completely sunsetted, to the point of being unrecognisable. As a website it was the first place to show me that you could find and listen to music through the internet. And I still have fond memories of many of the bands I discovered on it.

PureVolume’s trajectory ultimately paralleled Myspace, enjoying huge success in the mid-00s, before dwindling in later years and being bought by the now-defunct SpinMedia in 2010. The entirety of PureVolume is now a static dead-end. With many of the URLs previously populated by some of the coolest bands on the planet now returning a deflating “Oops”. Wikipedia lists the site in the past tense, and numerous news articles report that PureVolume ceased operating and deleted its musical archive on April 30th 2018. I know this kind of creative destruction is inevitable in the internet age, but it hurts man.

It’s sad to see these broken links and 404s. In the same way it might make a child of the 70s somber to see their old discotheque being boarded up. Those website pages were walked just as the dancefloors and discos of old were. People fell in and out of love on them, made friends in the comments and memories in the code. Now there’s not even an epitaph left. We really don’t want this to happen to vaporwave, because once it does- there’s no going back.

I want to end with the final verse of one of my favourite songs from the Myspace years. And a track which is actually a great little time capsule for mid-00s internet music. It’s the story of a man whose girlfriend leaves him for a guy she met on Myspace. Who is in turn left by her new boyfriend for another online girl. A reminder that the internet will always be marching relentlessly onwards. Websites die and users move on. It can’t be contained, and nothing is ever static. But at least we can hope to bring the best of the past along with us. And as much as there’s sadness in the collapse of the old, there’s hope in the birth of the new.